Tier 1 Countries to Focus Your Advertising Efforts on

Advertising experts prefer to get traffic, subscribers and potential conversions from top tier 1 countries. They want to achieve some goals – mostly financial, so they focus on countries with great buying capabilities. Before even joining the market, you need to understand what to focus on and what countries are better. The same goes in advertising.

Different advertising platforms will charge you differently from website traffic coming from particular countries. On the other hand, publishers will also make more money if the traffic they supply comes from such countries. Most platforms categorize countries in three tiers, but then, you may also find more sophisticated systems – up to eight tiers.

Now, what defines this tier system and what countries provide better financial opportunities?

There are more reasons wherefore a country might be in tier 1 and another one could go in tier 3. For example, the local economy is a plus. Now, imagine a country like Norway with a top-notch economy. There are lots of free social services. Wages are high and people can afford things.

Then, imagine a country like Burundi. The average citizen in this African country lives with less than $70 a month, which is less than what people in Norway need on a daily basis. From an economic point of view, you would rather conduct business in Norway.

The overall development of the country is not to be overlooked either. A developed country ensures pretty much everyone has access to the Internet, smartphones and laptops. People are used to shopping online and they even order groceries by their doors.

Tier 1 website traffic comes from well-developed countries. These are the countries where people are more likely to buy your stuff. Advertisers know that and they obviously pay more for ads displayed to tier 1 citizens. Publishers know it too, so they try to focus on such countries while growing their websites.

MUST READ: Pop Up Ads Earn Money The Right Way

While this system may not necessarily be right from an ethical point of view, it does exist and it will make the difference in advertising. The good news is that most advertising platforms tend to focus on the same countries. Tier 1 is similar for most of them and includes pretty much the same countries – over and over again, with a few exceptions.

Sure, the overall system may vary from one platform to another. Some platforms have three tiers and they group countries together. Some others are more detailed and include up to eight tiers. All in all, tier 1 is likely to bring in the same names. Then, what are the best-paying countries in terms of advertising and why?

Some countries are common in pretty much every platform’s tier 1:

While tier 1 countries will seriously add to your income, there are many challenges associated with it too. Website traffic – be it push notification traffic or something coming from an advertising platform – pays well, but you need to do your homework and ensure you can play in this field. Here is everything you need to know.

Such markets are well regulated. Regulations and laws are strict and you need to follow them to avoid getting in trouble. For example, a breach in data protection can be pursued in court. Many countries have adopted GDPR laws, meaning companies must follow some rules in terms of dealing with personal data – fail to do it and you could get in trouble.

Then, traffic in such countries is quite expensive. In fact, tier 1 countries are at least two times more expensive than tier 2 countries. For this reason, your ad will compete against numerous other similar ads. You will have to battle some giants in this niche and you need to work hard to match them. 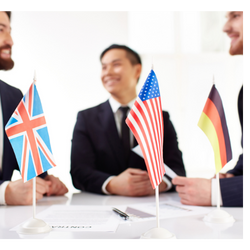 Since prices on these markets have skyrocketed in the past few years, you will find many experts targeting them. There are people who have studied and worked in this market for years already, so they know exactly what they are doing. So much competition also means potential customers might be fed up with all sorts of offers – therefore, you have to bring in creativity and innovation.

The challenge hits you in the beginning. Overcome it and rewards will pleasantly surprise you. Tier 1 markets are technology literate and not afraid to try new technologies if you come up with it.

China may not always meet these standards in terms of data protection, but it is a massive market and there are high amounts of money floating around. Therefore, it is often included among tier 1 countries.

MUST READ: How To Make Money With Push Notifications

Bottom line, tier 1 countries can make or break a deal. You must work hard to be successful and you need to study markets. There is a common misconception that everyone in tier 1 countries can speak English – wrong. You need to adapt your ads to the respective markets, translate the text and learn as you go. In fact, many newbies mostly stick to English-speaking countries while studying other tier 1 alternatives.

You are about to work against professionals, so you need to prepare accordingly – learn from the best and innovate whenever you can.